Before Fort Sumter was fired upon by Confederate forces in Charleston, South Carolina, President Lincoln asked General Scott to give him advice concerning the use of force to solve the secession issue in general and the holding of Forts Sumter and Pickins in particular.

The General advised the President that the Union could not hold Sumter against attack or recapture it without a civil war. He followed this observation with the opinion that a war to force the seceding states back into the Union would take a huge army, great loss of life and treasure and several years to accomplish. In addition, such a war would entail such widespread devastation in the South that bitterness and hatred between the sections would last for generations.

So, he recommended that President Lincoln turn over the two forts over to Confederate control and allow the cotton states to leave the Union in peace. 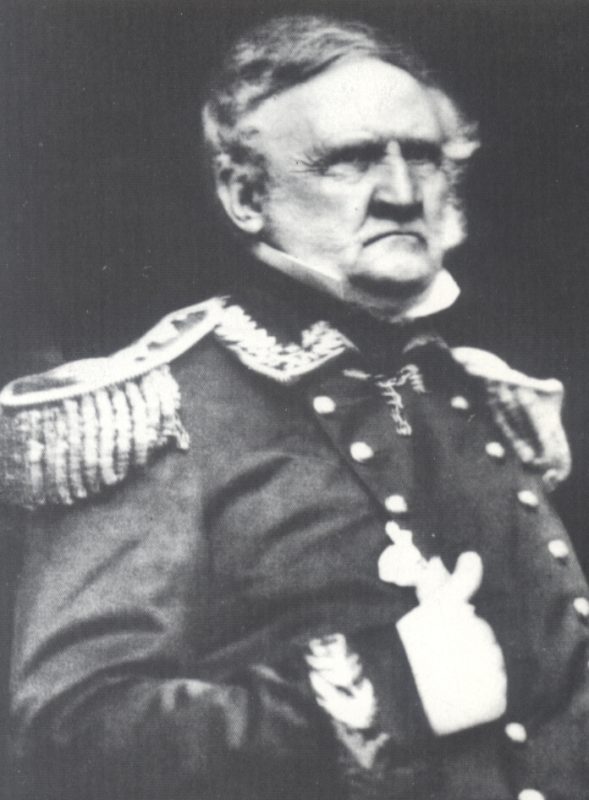 After Fort Sumter was fired upon and captured by Confederate forces, Lincoln once again asked his chief military adviser for his recommendations given the new situation.

The United States had been attacked. So, this time Lincoln was asking General Scott to give him recommendations about how to win a war. The general recommended several steps be taken immediately.

First:            Create a  blockade of the Confederate States preventing all commerce with the outside world.

Second:       Immediately begin a campaign to recapture control of the Mississippi River and it’s tributaries.

Third:         Do not invade the Confederate States of America in the East; rather control the eastern boarders.

He believed that by employing this overall strategy, the Union would accomplish it’s Primary Goal of re-uniting the country, avoiding massive destruction within the Confederate states and avoiding great loss of life and treasure.

Lincoln agreed and immediately implemented the first recommendation by declaring an Embargo of all the ports of the Confederacy, warning all the nations of the world that they would be prevented from trading with the states in secession.

And secondly, the War Department took the first step in reclaiming control of the Mississippi River by authorizing the creation of a Brown River Navy to be operational by January 1862.

The third strategy recommended by Scott of a holding action in the East immediately came under fire from the Northern press. ‘On to Richmond’ was their daily chant. Attack and finish this rebellion quickly, their goal. Lincoln was accused of everything from cowardice to being a traitor for not attacking the Confederacy in the East. So, he and his cabinet caved to the pressure and ordered General McDowell to gather the newly formed and untested Union volunteer army and attack southward to Richmond.

The South’s hero of Fort Sumter, General Beauregard, waited with his 60,000 untrained  trained men for the attack of McDowell’s force of the similar size. The two poorly trained, untested and newly organized forces fought at a place called Bull Run. With last minute reinforcements sent via train under Confederate General Joe Johnston, the Union force was routed. As a result, the Union capital was left virtually undefended.  The Confederates did not pursue their advantage. 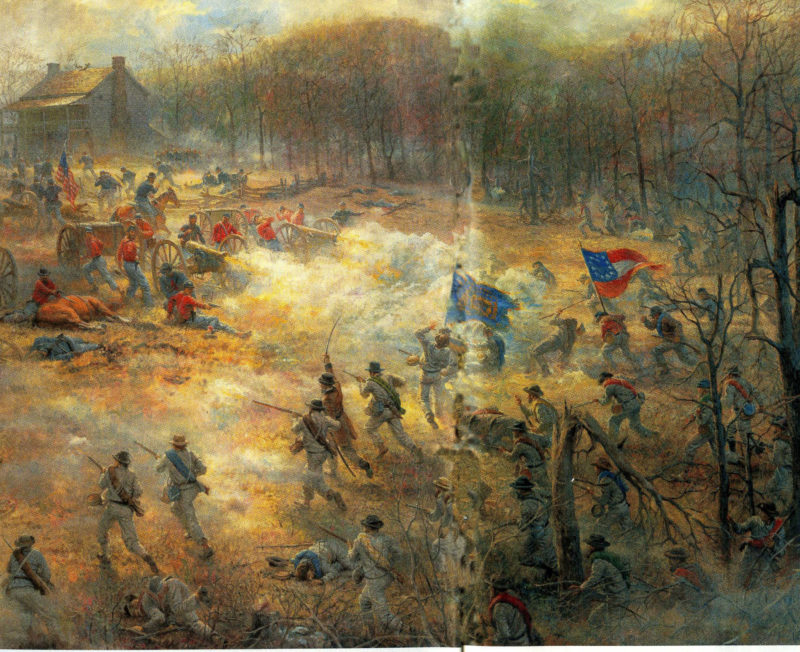 In the immediate aftermath of this overwhelming victory , Confederate President Jefferson Davis, refused to press the attack against the North. He failed to get the CSA’s finances or rail lines in order either. He, withheld the CSA’s cotton from Europe, and thus did not earn the funds needed to strengthen its military capability with equipment delivered from Europe before the Northern embargo tightened. An additional factor was that he sought to fight a defensive war.

He gave Lincoln and the Union what it needed most, time. Time was given the Union to organize a war-time economy, to establish control of its rail systems,  reorganize and equip an overwhelming army in the East and another in the West. A river navy authorized in July would be ready in 1862, to begin regaining control of the Ohio, Tennessee,& Cumberland Rivers and eventually, the mighty Mississippi River. And he gave it time to build a high seas navy more capable of enforcing the Union embargo of the South.

So, the consequence of President Davis’s defensive tactic put all the major Western rivers in Union hands by the end of April 1862. And, Lincoln’s forces would control all but Vicksburg on the Mississippi River from Memphis to New Orleans. As a result, the Confederacy would be almost split in half, the embargo would be more effective and the Confederate heartland would soon be open to invasion.

By the end of 1862, the North was ready. The River Navy was on the water, the ocean Navy was enlarged, the blockade was becoming more effective by the day, the huge Army of the Potomac was ready to invade in the East. And, in the West, the Union army was ready to take on the superior land forces of the Confederacy.

The defensive strategy dictated by Confederate President Davis had given what the Union needed most after the Bull Run defeat: time. Davis and his people did not use this time well. Lincoln and his people did.

So, now it is time for us to begin chronicling the War in the West. Get out your map and find Cairo, Ill. That is where we will begin next week.  See you then.