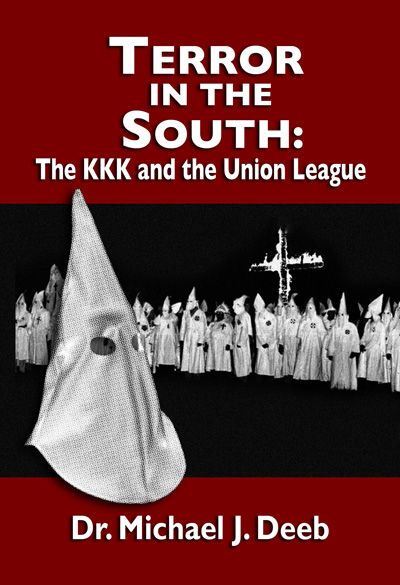 “Terror in the South”

By May of 1865, the battlefields of the Civil War were silent and four million Southern slaves were freed. But the people of the South were unwilling to accept them as free. Instead, a secret war of resistance began.

The federal government tried to fashion a place in southern society for the freed Negro. But by 1878, Northern public opinion tired of the ‘Negro Problem.’ So, Congress and the new President Hayes, turned their backs on the problem and left it to the former states of the Confederacy to address.

In this historical novel, follow Michael Drieborg and his wife as they find themselves up against the Union League in Georgia. See their son fight the Klan and it’s allies in South Carolina for the survival of a successful multi-race community on Edisto Island.