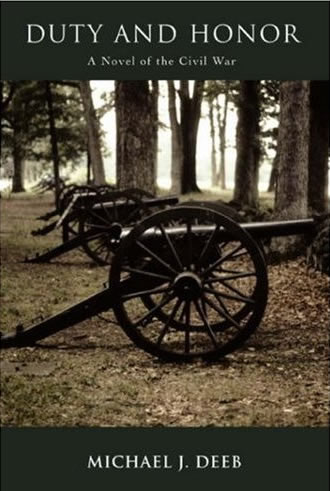 Book one of The Drieborg Chronicles

In the summer of 1862, the United States is torn by Civil War. What what was supposed to be a short conflict has turned into a bloody struggle with no end in sight. Teenage farm boy Michael Drieborg lives with his family and longs to join the cause, but he can’t justify abandoning his parents and their farm.

But fate intercedes on Saturday morning on the family’s weekly visit to town. Michael saves a young boy from being bullied. Unfortunately, he strikes the bully – the son of the town banker – and is arrested and charged with assault. He is given a choice: go to jail or join a cavalry unit being formed in the area. Against the wishes of his parents, Michael leaves home and marches to war.

Thus begins the story of a naive farm boy’s journey to becoming a seasoned cavalryman. From the harshness of training camp we see Michael drawn into the intrigues of Washington D.C. and the arms of the congressman’s daughter. Wounded at Gettysburg he only survives to be later captured and sent to Andersonville Prison.

An engrossing novel of a young boys trials, tribulations and achievements as he works his way through the Civil War years of the summer of 1862 to General Lee’s surrender. The reader will be engaged as young Drieborg maneuvers through legal encounters and warring conflicts. An enjoyable read for all those that enjoy a good story.

Thanks to all of you that have purchased my first novel!