In the South, there was 8,947 miles of track & 5,000 miles of telegraph wire when the war began. Virtually the entire system was destroyed by war. 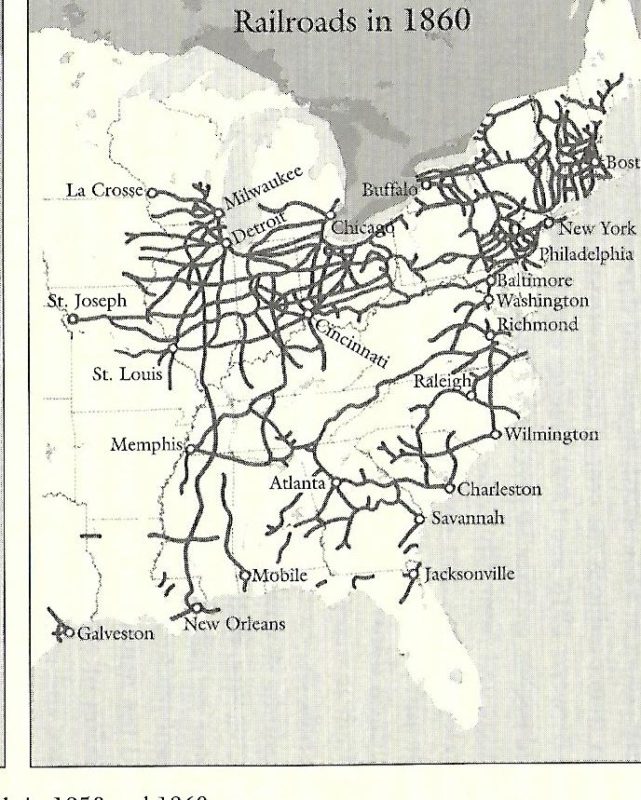 Both North & south passed legislation allowing governments to take over control of railroads for military purposes.

N – In the North railroads connect all major cities and 88% of farmers were no more than five miles from a railroad.

S – In the South railroads were built to connect cotton centers to navigable rivers & ports. Pre-war private capital was invested in land & slaves not railroads.

N – All one track gauges were used.