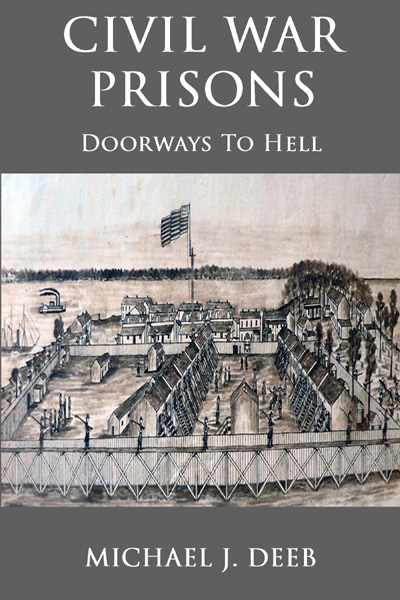 Historians still argue over the causes of the War Between the States. All agree, however, that leaders on both sides didn’t make adequate provisions for prisoners-of-war early in the conflict.
Civil War Prisons follows the fate of both Union and Confederate captives. the reader will learn of the circumstances of their capture as well as the quality of life they endured in prisoner-of-war camps.
Captured in the East, Ethan Schock & Willie Petzold, both from a Michigan unit, will make their way to Belle Isle and Salisbury prisons before heading home. Richard Pope will be captured at Shiloh in the West and be sent to Camp Douglas, and eventually Johnson’s Island prison.