The Battle for New Orleans

The Battle for New Orleans

Toward that end, the city of New Orleans became the next major target. In 1860, the port of New Orleans was the second busiest port in the United States. Great amounts of cotton, sugar and grain flowed through that port on the way to world markets. In addition, in 1861, it was the largest city in the Confederate States of America.

Sixty year old Captain David Farragut was to be the fleet commander of the ocean-going vessels to be used in the attack on New Orleans. Assigned to him was a land force of 10,000 men under the command of General Butler.

The Confederate leaders thought the city was well defended. They were constructing two iron-clad ships there, blocking the river entrance with chains and sinking ships to further impede river traffic south of the city. The Confederates also had two forts guarding the entrance to the Mississippi at the Gulf of Mexico entrance: Forts Jackson and St. Phillip. 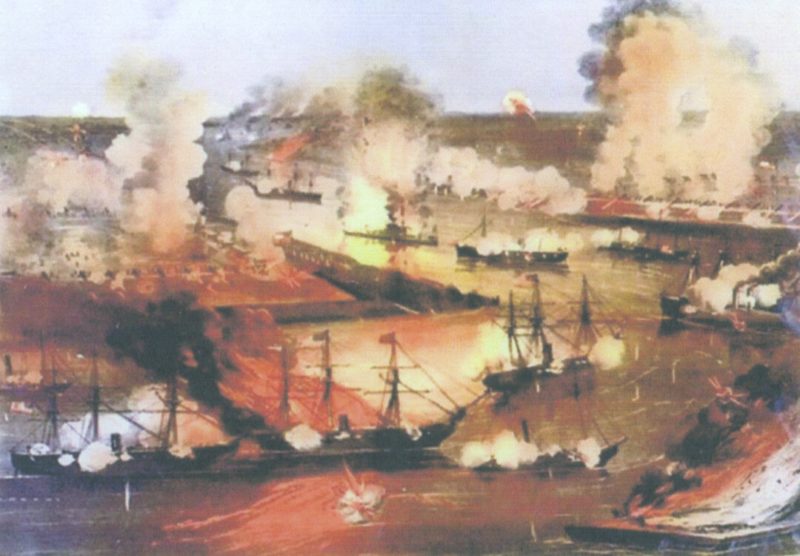 Poor planning and lack of financing slowed the progress on the iron-clads. So they were not ready when Farragut’s fleet arrived in late April of 1862. The river chains did not prove effective, either. Because under cover of darkness,e Farragut’s men cut them. As for the two forts, heavy bombardment using large mortars mounted on river barges, caused the soldiers manning the forts to surrender. Thus, the way was clear for Farragut’s ships to attack the city of New Orleans.

Writing after the battle, Admiral Farragut remembered the night time bombardment of the forts as “one of the most awful sights and events I ever saw or expect to experience… seemed as if all the artillery of heaven were playing upon the earth.”

Citizens of the New Orleans lined the entire water-front watching the battle and the on-coming Union fleet. They were furious with their leaders leaving them so defenseless and with the advancing Yankees. Not a shot was fired by Farragut’s men. And General Butler and his army of 10,000 soldiers occupied the city.