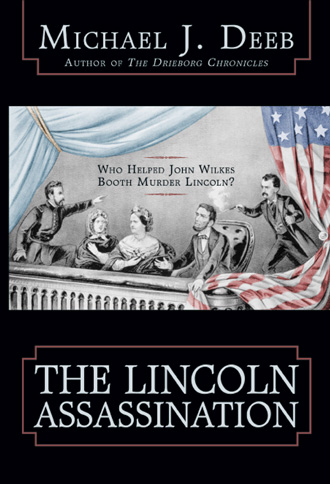 Book four of The Drieborg Chronicles

Michael Drieborg and his team of marshals look into the various conspiracy theories which surrounded the assassination of Abraham Lincoln.

Their investigation takes place while the struggle between President Andrew Johnson and the congressional Radicals was raging for control of post-Civil War Reconstruction.

Joined by their wives in the nation’s capital, Drieborg and his marshals vigorously pursue the investigation despite the often violent opposition of influential Washingtonians who feared what might be discovered.

“In this novel, Dr. Deeb has examined the Lincoln assassination conspiracy theories as never before”

– Robert Lockwood Mills, Author:
It Didn’t Happen The Way You Think: The Lincoln Assassination: What The Experts Missed

Thanks to all of you that have purchased my fourth novel!