The first major battle of the Civil War was the First Battle of Bull Run (Manassas), Confederate forces under General Beauregard were losings to the Federals under General McDowell. Losing that is, until General Joe Johnson and General Thomas (Stonewall) Jackson arrived with reinforcements by train from the Shenandoah Valley. The federals were subsequently routed leaving Washington City virtually open to invasion by Southern forces. 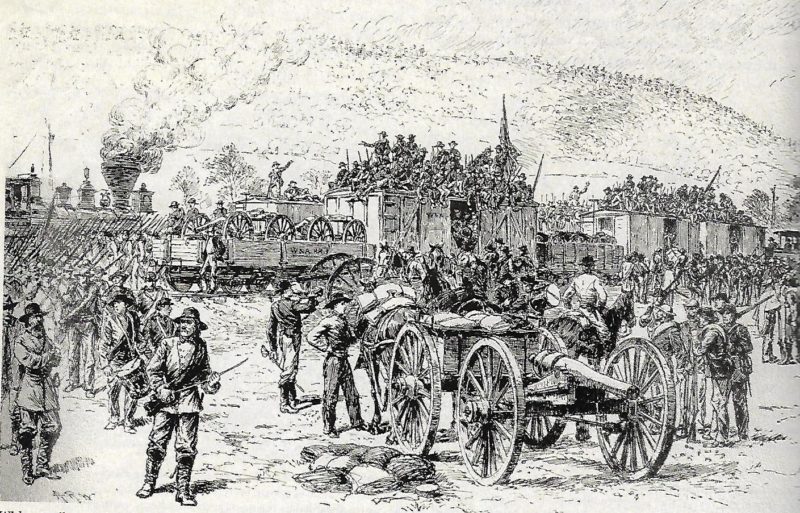 Thereafter, the Confederates would repeatedly move troops and equipment to the point of Federal attack. Thus, early in the conflict, railroads became a critical element in the war.

So, realizing the importance of railroads, legislation called the Railroad and Telegraph Act of Jan. 1862 was signed by President Lincoln in 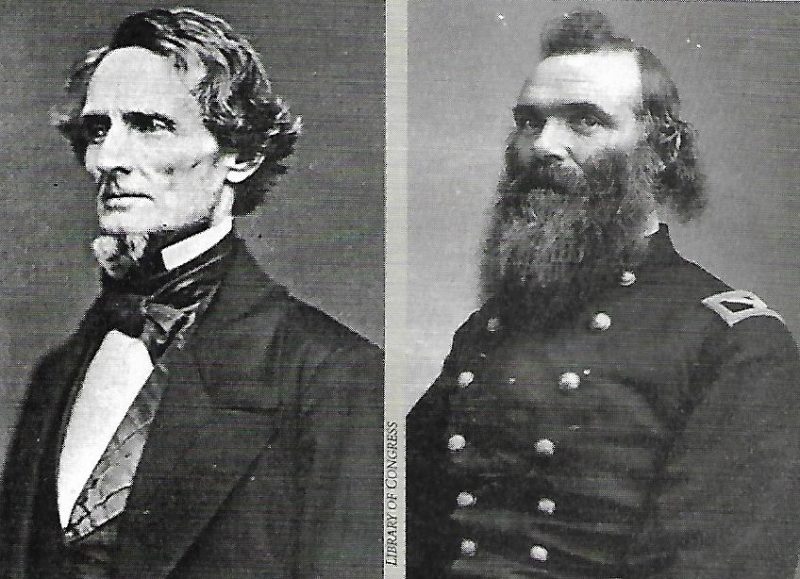 to law. This gave him the power to take possession of railroads and run them as required by the needs of the war. He did not hesitate to use that power when he felt it necessary.

Lincoln’s attitude, the firm hand of General Daniel Mc Callum in the War Department and the willingness to pay market rates for rail use, caused most all Northern railroad owners to cooperate.The owners  of the railroads became rich doing so as well. General Mc Callum ran (controlled) the largest rail network in the world during the war.

The Confederate government passed similar legislation. But, it was not aggressively used by President Davis. And, Southern railroads did not receive adequate compensation. So, absent force and the carrot of adequate money, cooperation of Southern railroad owners in support of the war effort was tepid at best.

In addition, Southern railroads were weakened by:

1. Lack of replacement rolling stock, rails and spare parts, (all supplied from the North prior to the War.)

2. Several rail gauges in use and non-standard equipment used by 113 RR different companies made coordination & use difficult.

3. Railroads did not have adequate connections to and within cities.

4. Lack of central control: weak leadership in Richmond and ‘states rights’. Made the use of railroads difficult.

Both governments had the stick and both reached similar agreements with the privately-owned railroads. President Lincoln used the stick and President Davis did not. The CSA paid in increasingly worthless bonds while the Union paid in sound currency.

The Union had the will (national control) and much more rail in place to connect major cities as well as the countryside. They also had the capacity to build rail and manufacture spare parts and a seemingly endless amount of rolling stock. The South had none of these capabilities.

The final irreparable damage done Southern rail was the destruction of Southern rail lines by the Union armies fighting on Confederate soil. On his march from Atlanta to Savannah Sherman’s men called what they did to rail lines, Sherman’s Neckties.