CONTROL OF THE WESTERN RIVERS

Ulysses S. Grant, a political appointee of the Illinois governor, had been given command of troops stationed in Cairo, Illinois. In January of 1862, Grant suggested to his superior, General Halleck that he be allowed to attack Fort Henry on the Tennessee River and following that attack, Fort Donelson on the Cumberland River. Halleck refused to approve this proposal. It wasn’t that Halleck did not feel the project had merit. Rather, he just did not want to approve such a venture under Grant’s command.

Halleck did not like or trust Grant. His animosity went back to their service days in California. There, Halleck knew Grant as a man who could not hold his liquor; a man who was forced to resign his army commission or face a court martial for being intoxicated while on duty.

But the Grant of 1861 was a sober man. Marriage and family had changed him considerably. This war had given him another chance at something at which he excelled; military leadership. Once the governor of Illinois gave him command of troops, he was determined to succeed.

He had sent some of his men east to occupy the fort at Paducah on the Ohio River in August of 1861. He also enlisted the support of naval Captain Foote for a joint naval/army operation against the two forts mentioned earlier.  Halleck knew the strategic importance of these two forts. and, Grant and Foote’s proposal came at the same time Lincoln was putting pressure on Halleck to begin some sort of offensive operation in the West. So, the second time Grant & Foote offered their proposal, Halleck authorized the project.

The approval came at the very time that the new shallow draft military river craft were being delivered to Halleck’s command. In January 1862, naval Captain Foote took delivery of seven City Class ironclads. Designed for river use, they only needed seven feet of water. It was said they could sail on the mist.

These boats provided the foundation for Lincoln’s Brown River Navy on the Mississippi River north of Vicksburg. Their use spearheaded the success of Union forces in that arena during 1862. 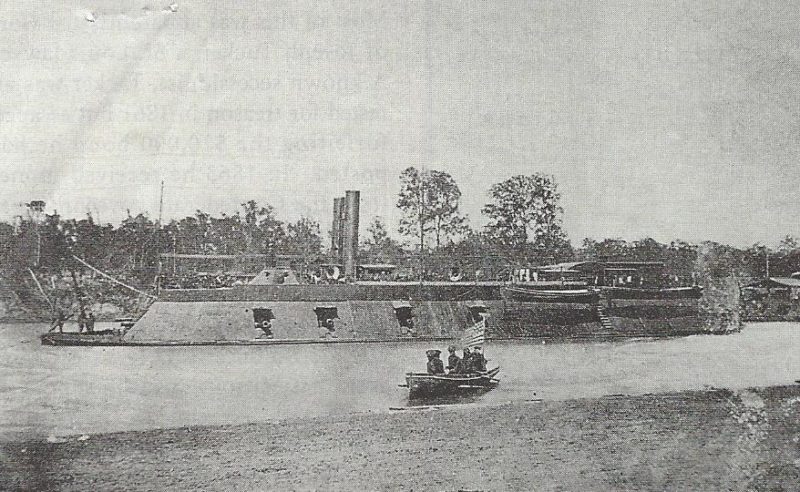