Civil War in the East: Lee vs Union Generals

Once General Robert E. Lee took over command of the Army of Northern Virginia in 1862, he faced, in succession, several celebrated northern Generals. These Union leaders had much larger forces and had more and better equipment at their disposal. Despite that, Lee’s army won his battles against them or at least escaped destruction at their hands during the Civil War in the East. 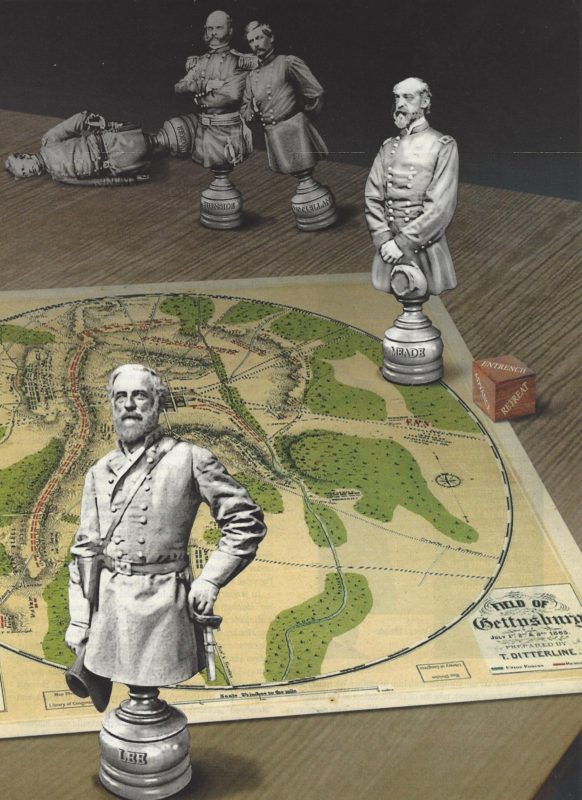 These Union men included Generals Pope, McClellan, Burnside, Hooker and Meade. Only General Meade clearly defeated Lee. but even he, was a disappointment to President Lincoln because he did not follow-up his success at Gettysburg. Instead he  allowed Lee to get his defeated army back to Virginia to defend Richmond, the Confederate capital.

It also has been argued that in September 1862.  General McClellan defeated Lee at Antietam. But there too, Lee was allowed to escape with his battered army. Lincoln thought Lee’s army could have been destroyed following that battle.

Confederate successes at the Seven Days’ Battles, 2nd Manassas, Fredericksburg,  and Chancellorsville together with the high casualty rate at Antietam, took a heavy toll on Lee’s forces.

For example, Lee’s success at the battle of Chancellorsville, cost him  almost a quarter of his army. This was followed within two months with his losing an additional third of this same army at Gettysburg; that is, at least 50% of the Army of Northern Virginia’s strength was lost within a three month period.

And later, under the relentless pressure of General Grant’s attacks, Les’s army continued to decline in strength. Finally, in the spring of 1865, Lee surrendered a force of not many more than 10,000 starving men; the remains of the once powerful Army of Northern Virginia.