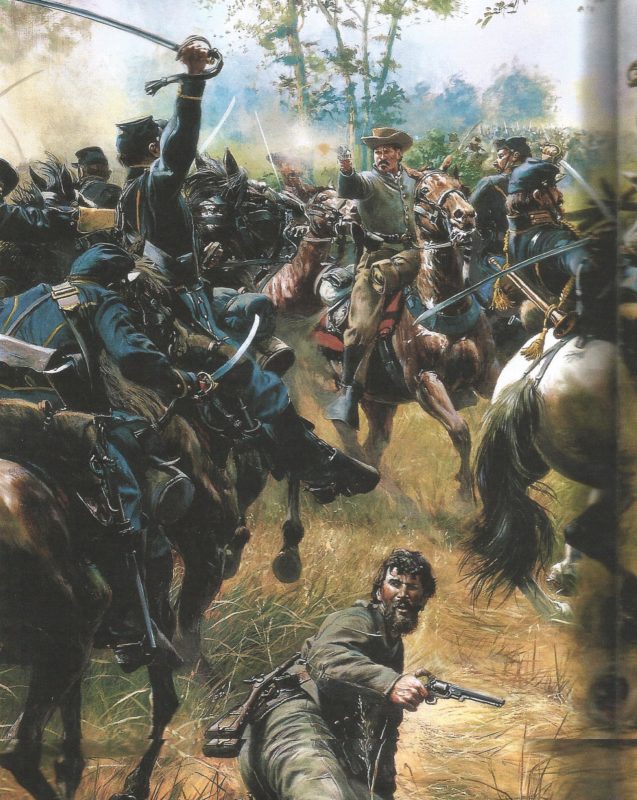 Essential to the Conduct of the War

The horse was essential during the Civil War era. It not only carried thousands of men into battle but pulled artillery pieces throughout the war. Countless wagons full of supplies were pulled by horses as well.

It is reported that the Union army alone used over 850,000 horses during the conflict. This figure does not include the animals confiscated from farmers. The cost to the Union is said to be in the neighborhood of $124,000,000. No Union cavalryman had to supply his own mount.

Complete records for the Confederacy are not available. But it is reliably reported that a Confederate trooper had to supply his own horse. Should a rebel cavalryman lose his mount, he became an infantryman.

Artillery use was the worst duty assigned horses on either side. Each gun was pulled by six horses. Each gun also had three ammunition chests pulled by another six horses. Twelve horses were assigned each gun and its crew.

During any battle, horses remained in harness some thirty or forty feet behind their cannon. Horses were regular targets whenever they came within musket range of the enemy. When a horse was killed, it was necessary for the men to remove all the harnesses and transfer them to a living horse. Sometimes, the horses were wounded or killed faster than the harnesses could be switched.

On a raid, however, both the horse and its rider were severely taxed. They would normally travel as fast as possible without a stop. Thus, many horses were lost to exhaustion, dehydration and hunger. In such circumstances, horses were not given time to recover their strength. Instead, once exhausted, they were shot on the spot rather than be left and thereafter used by the enemy.

The most common disability suffered by the military horse was lameness. These were usually hoof problems. Such a problem could be caused by stone bruise, hoof rot, grease-heel or an infected hoof. A trooper’s lack of daily attention to his mount was the most common cause of lameness. Sore back was another common problem. Once again, poor care by a trooper was the cause. In combat zones, rather than wait for the horse to recover from such ailments or wounds, it was shot.