Located in the worst slums of Washington City and surrounded by brothels and bars, Harvey’s Oyster Saloon catered to solders of all ranks as well as the rich, famous and powerful Washingtonians; President and Mrs. Lincoln included.

According to an 1861 article in the Evening Star newspaper, Tom and George Harvey founded this restaurant before the Civil War broke out. In the pre-war building there were no chairs only elevated tables. A customer could order a gallon of boiled (later steamed) oysters for .25 cents and all the hot butter and freshly baked bread he or she wanted. 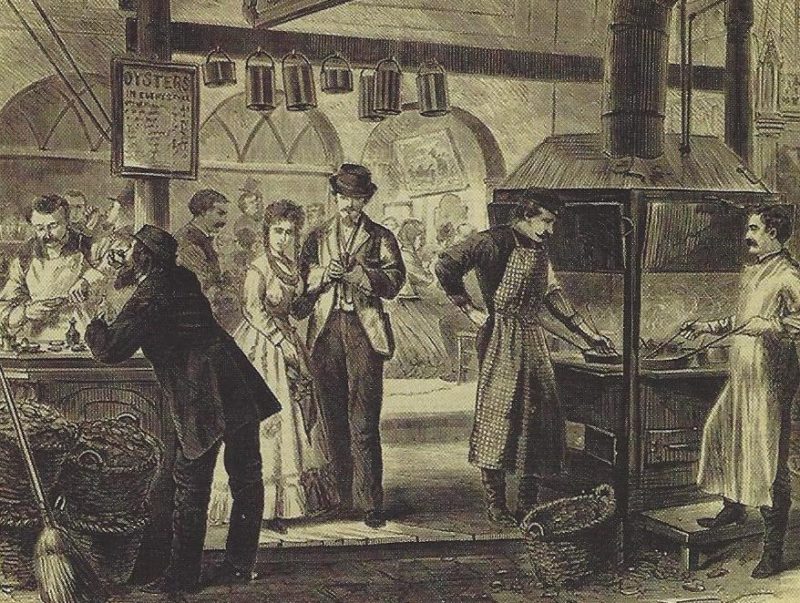 Once the city was flooded with troops and those seeking government war contracts, the restaurant seemed to be always jammed. Long lines of customers were commonplace. That’s when the brothers stopped boiling their oysters and went with the faster process of steaming them.

Following the war, the Harvey brothers moved their restaurant to a better part of Washington. They remained a landmark in the city for another century.