The 1861, war-plan devised by General Scott had wanted to avoid confronting the Confederate army on the battle field in the East. But, led by the press, northerners believed any war would be short lived. In reality, the public was led to believe that the Union army must only confront the Confederate forces in battle and the rebellion would be over. Thus,  the press trumpeted, fighting could be ended quickly, with one or two battles.  Just do it, Lincoln!

Instead, Scott’s plan called for a blockade. While that effort starved the Confederacy, he planned to first recover control of the Mississippi River and it’s tributaries. Thus divided, cut off from it’s traditional trading partners, and starved for supplies, the Confederacy would be likely to sue for peace. Such a war could then end without the tremendous  property devastation and long casualty lists that  could be requited to subjugate the Confederacy by war in the East. Such a war could also avoid creating a  defeated and hostile Southern population in it’s aftermath.

It was not to be. The Northern press put great pressure on President Lincoln with it’s incessant, ‘On To Richmond’ demand. It was effective. Despite warnings from both General Scott and General MacDowell, that the northern forces were not yet ready,  Lincoln’s cabinet persuaded the president to order an attack immediately with the objective of capturing the Confederate capital.

So, the newly formed Union army moved south to Manassas Junction, Virginia  to confront the equally untested and somewhat larger Confederate army led by  General P T. Beauregard’s Confederate Army of the Potomac. He would be joined by General Joe Johnston’s Army of the Shenandoah.

During a long day’s fighting, the verdict was in doubt, time and again. But late in the day, when fresh Confederate troops arrived by train from the West, the Union army’s right flank was turned. With no troop reserve of it’s own to stem the tide, the Union forces broke, and fled toward Washington City. It’s army completely broken, the first battle of Bull Run was a disaster for the North.

The next blog will focus on, Washington City: Undefended in The Aftermath of Bull Run 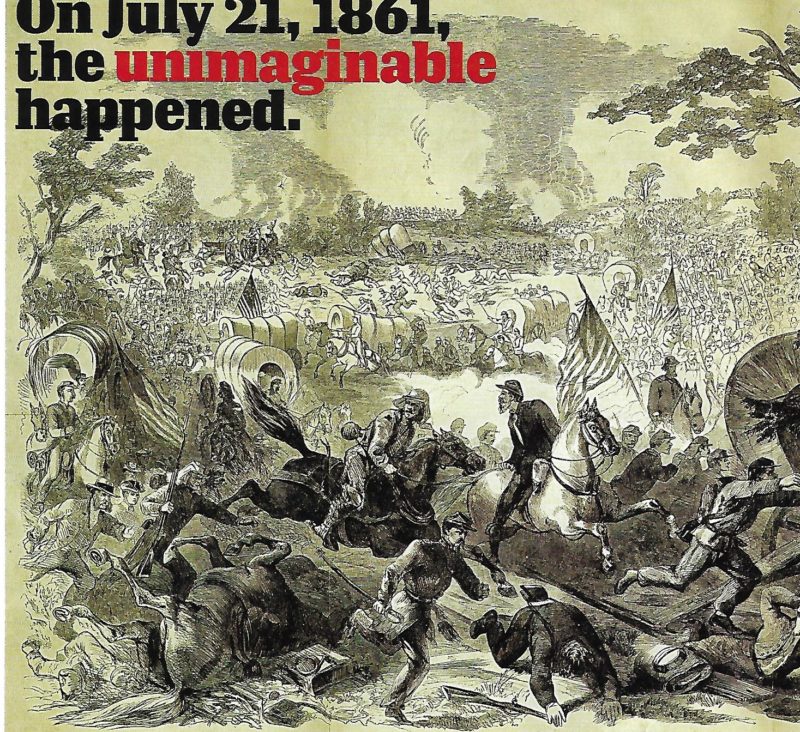